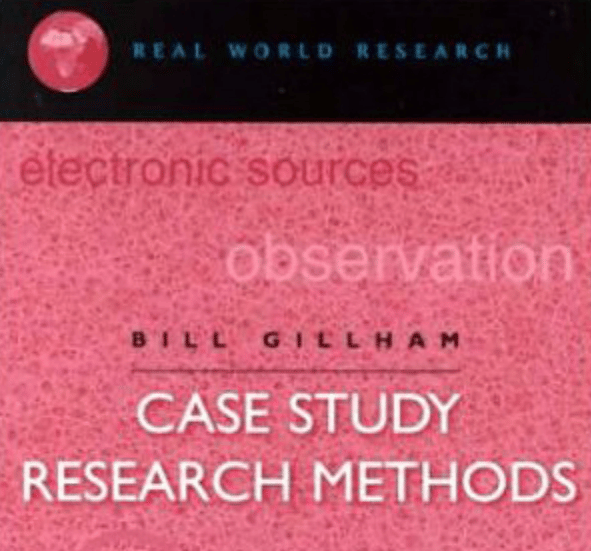 Case Study Research Methods The books in this series are intended for those doing small-scale research in real-life settings. No previous knowledge of research methods are assumed and the series is particularly suited to practitioners studying for a higher degree or who
want to research some aspects of their practice. The thinking
underlying the series reflects a major shift in social science
research methods over the past fifteen years – away from a
the natural-sciences style which emphasizes deductive theorytesting, a prior determination of method (usually experimental), and ‘generalizable’ results, toward a recognition
that such requirements are often unworkable and inappropriate in the real world.
This is not a defect, because the traditionally ‘scientific’
methods are often not adequate as a way of understanding
how people behave ‘in context’. This does not mean that one
should give up an empirical, evidence-based research tradition but adapt to what is possible and, more importantly,
what is likely to yield a truer picture.

What is a case study?
Perhaps we should first ask: what is a case? The word ‘case’
(like ‘intelligence’ and ‘neurosis’) is one we all use, and feel
we understand but is rather challenging to define. Here is an
attempt:
• a unit of human activity embedded in the real world;
• which can only be studied or understood in context;
• which exists in the here and now; .
• that merges in with its context so that precise boundaries
are difficult to draw.
A case can be an individual: it can be a group – such as a family,
or a class, or an office, or a hospital ward; it can be an
institution – such as a school or a children’s home, or a factory;
it can be a large-scale community – a town, an industry, a
profession. All of these are single cases, but you can also study
multiple cases: a number of single parents; several schools; two
different professions. It all depends on what you want to find
out – which leads us on.
A case study is one that investigates the above to answer
specific research questions (that may be fairly loose to begin
with) and which seeks a range of different kinds of evidence,
evidence that is there in the case setting, and which has to
be abstracted and collated to get the best possible answers

to the research questions. No one kind or source of evidence
is likely to be sufficient (or sufficiently valid) on its own.
This use of multiple sources of evidence, each with its
strengths and weaknesses, is a key characteristics of the case
study research.
Another fundamental characteristic is that you do not
start out with a priori theoretical notions (whether derived
from the literature or not) – because until you get in there
and get hold of your data, get to understand the context, you
won’t know what theories (explanations) work best or make
the most sense.