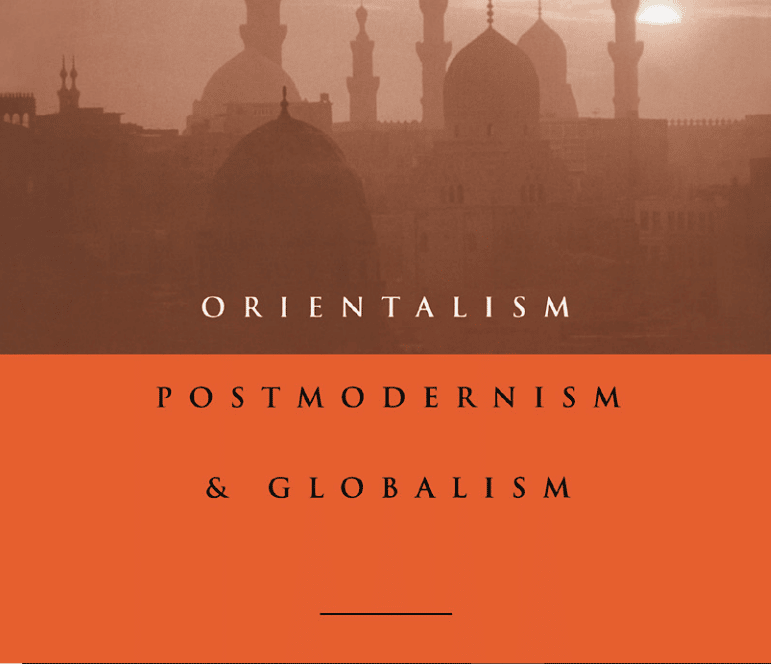 Orientalism Postmodernism and Globalism It is often thought that the development of capitalism and the modernization of culture has brought about a profound decline in religious belief and
commitment. The history of Christianity in the last two centuries appears to be a
good illustration of this general process of secularization with the undermining of
belief and commitment as Western cultures became increasingly industrial and
urban. However, in the twentieth century, we have seen that Islam continues to be
a dominant force in politics and culture, not only in the Orient but in Western
society. The strength of Islam raises fundamental questions about the nature of
modern culture. At the same time, there has been much discussion about the so-called postmodernization of cultures, suggesting a decline in high culture, a
pluralization of lifestyles, celebration of cultural differences and a new emphasis
on consumerism and simulation, parody and irony. What is the relationship
between these forces? Within the intellectual sphere, there has been a profound
criticism over the last twenty years of orientalism, that is, an academic framework
which negates and denies the significance of non-Western cultures, seeing them as
lacking some essential feature of rational modernization. Can Christianity and
Islam survive these changes in popular and high culture?
Orientalism Postmodernism and Globalism: In this challenging study of contemporary social theory, Bryan Turner examines the recent debate about orientalism in relation to postmodernism and the process
of globalization. He provides a profound critique of many of the leading figures in
classical orientalism. His book also considers the impact of globalization on Islam,
the nature of oriental studies and decolonization, and the notion of ‘the world’ in
sociological theory. These cultural changes and social debates also reflect
important changes in the status and position of intellectuals in modern culture
who are threatened, not only by the leveling of mass culture but also by the new
opportunities posed by postmodernism. He takes a critical view of the role of
sociology in these developments and raises important questions about the global
role of English intellectuals as a social stratum. Bryan Turner’s ability to combine
these discussions about religion, politics, culture and intellectuals represents a
remarkable integration of cultural analysis in cultural studies.