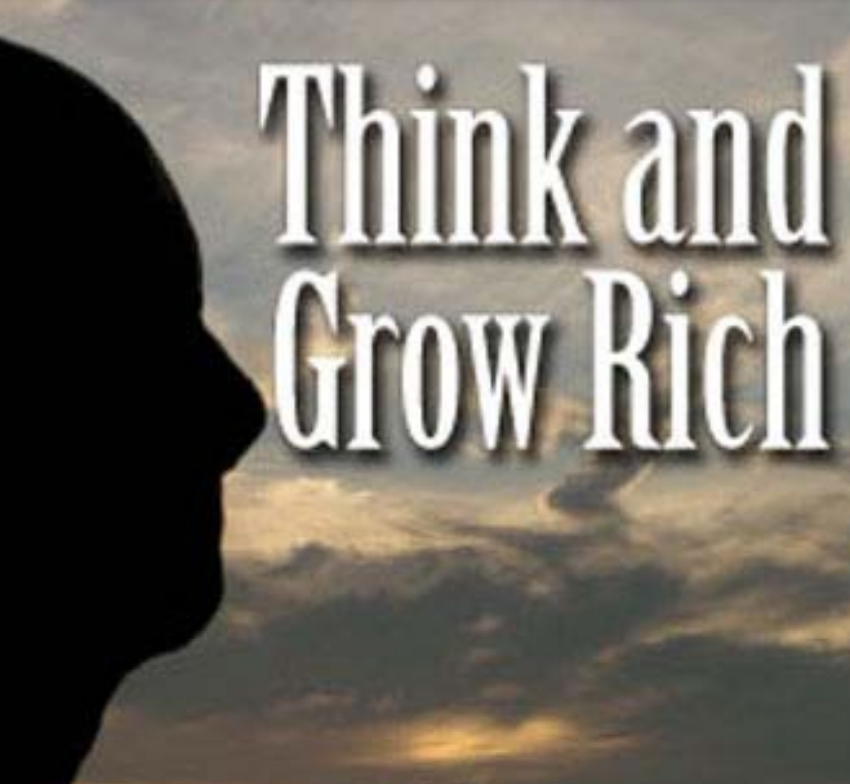 Think and Grow Rich: Napoleon Hill
Introduction and Editing by
Adrian P. Cooper
Author of:
Our Ultimate Reality
Life, the Universe, and the Destiny of Mankind

Think and Grow Rich: No library of success books would be complete without this exceptional work
“Think and Grow Rich”, authored by an exceptional man based upon his
experiences and association with some of the most exceptional, and wealthy
people in history.
Napoleon Hill, through this book, in particular, has probably influenced more
people on their own way to personal wealth than any other book that has ever
been written. Numerous personal fortunes have been attributed to “Think and
Grow Rich”.
Napoleon Hill himself had far from an easy life, at least during his early
years. He was born into poverty in the year 1883 in a one-room cabin in Wise
County, Virginia. His mother passed on when he was just 10 years old and
his father later re-married. Think and Grow Rich:
Despite a difficult childhood, with many disadvantages to overcome, he
began writing for local newspapers at the age of just 13 years and went on to
become one of the most well-known motivational authors in America,
dedicating many years of his life in helping others to achieve financial
success and happiness.

During this time Napoleon Hill attracted sufficient money to pay his own
way through law school during which time he was assigned to interview the
famous steel industry leader Andrew Carnegie. It was this that led to Andrew
Carnegie commissioning Napoleon Hill to personally interview 500
millionaires with view to discovering the forces behind their individual
successes.